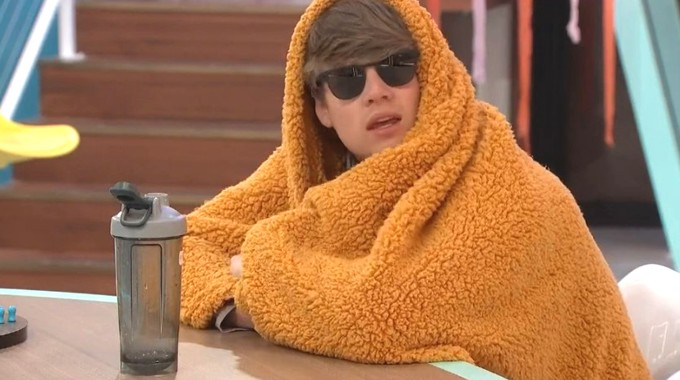 Today in the Big Brother 24 house, after weeks of watching it build on the Feeds, Kyle Capener’s proposals to start what seemed a selectively all-white alliance against the POC Houseguests were finally brought to light and likely may have ended his game.

There was extensive discussions on the Feeds today that came to a head after last night’s decision between Michael and Brittany to reveal what Kyle had been doing and once again potentially shift the trajectory of the season.

On Saturday Michael had camtalked his desires to find something to wedge in and uproot Kyle’s efforts after Kyle had ended the Leftovers during the Dyre Fest week. Michael knew the revelation that Kyle had suggested a possible Cookout 2.0 alliance and his push to counter that imaginary threat would get the other Houseguests to reevaluate their consideration to work with Kyle. Michael was right.

There is a lot to watch here and you would be best served to fire up the Live Feeds and see it for yourself. Here are timestamps for where to turn and when to watch.

Here are the highlights/overview from the list above. Earlier in the morning, there was a conversation with Michael talking with Monte and Taylor. Feedsters suspect it was on this topic, but production wasn’t letting us hear or see what was going on in there. Lots of frustration on this as we were cut out.

Eventually, Michael and Brittany gave Alyssa the rundown on what had happened with Kyle and his attempts to suggest a Cookout 2.0 was happening and needed a counter alliance to be formed. She’s shocked. It’s a long conversation. When it’s done she goes to the HOH room and just says they were telling her about the LOs. Alyssa didn’t reveal the full discussion details.

Next was Michael meeting with Turner and asking to lock the door to prevent interruptions. Brittany joins this conversation in progress. They make the same reveal to Turner. He remains concerned about Taylor after she suggested putting him up as a pawn during the HOH, but the tide is changing with Turner as he starts to wrap his head around the situation.

Kyle is in panic mode and goes to…