Harvey Weinstein can’t postpone his upcoming serial rape trial in Los Angeles to wait out the possibly “intense” media circus surrounding the November release of She Said, the movie chronicling his downfall, a judge ruled Monday.

Weinstein, now serving 23 years in prison for the rape and sexual assault of victims in Manhattan, sat quietly in a Los Angeles courtroom Monday as his defense team asked that his October 10 trial date be pushed to January. One of his lead lawyers, Mark Werksman, cited the upcoming release of She Said as well as a decision by New York’s highest court last week to review the decision from a lower appellate division last June that upheld Weinstein’s February 2020 conviction.

“This case is unique. Mr. Weinstein’s notoriety and his place in our culture at the center of the firestorm which is the #MeToo movement is real, and we’re trying to do everything we can to avoid having a trial when there will be a swirl of adverse publicity toward him” that could “cause prospective jurors to form biases,” Werksman argued. 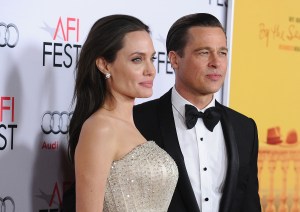 “There will be billboards, ads, social media pressure,” Werksman said. “The movie is by Brad Pitt, of all people, who himself garners tons of publicity for anything he does. So this is guaranteed to be a big deal in the public consciousness and the consciousness of prospective jurors.”

Judge Lisa B. Lench denied the request from the bench, saying that while an explosion of publicity is “entirely possible,” she has the power to screen and instruct jurors.

“I don’t’ think there’s going to be a time when there isn’t media coverage with respect to this case, and I if wait until after this movie comes out, then I’m going to be dealing with a jury panel that has potentially seen it. At least I can instruct the jurors not to watch what may be out there,” she said.

On the issue of the revived appeal in New York, Werksman asked Judge Lench to either postpone the trial three months or at least consider excluding Miriam Haley as one of the uncharged accusers introduced at trial. (Prosecutors previously won the right to bring in Haley’s testimony from the New York case – testimony that led to Weinstein’s conviction for a first-degree sex assault of Haley.)

“We’re looking to the court to safeguard these proceedings” and not allow prosecutors to “play one more bongo drum on [Weinstein’s] head by introducing the conviction from New York in a way that could result in all of this becoming null and void,” Werksman said. His argument was that a possible future reversal of the New York conviction could…