Robert Downey Jr. beams with happiness as he films new project in the Hamptons


Robert Downey Jr. beams with happiness as he films new project in the Hamptons

By Christine Rendon For Dailymail.com

He’s spent much of his life on camera.

But the magic of movie making has not dwindled for Robert Downey Jr.

The actor, 57, couldn’t have looked any happier as he filmed a new project in the Hamptons on Monday. 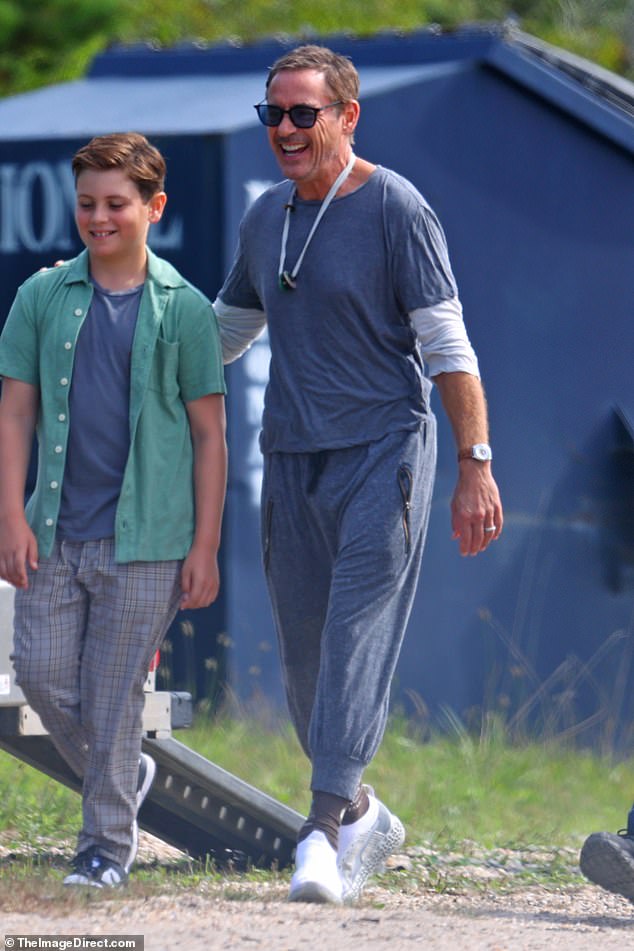 Lights, camera, action! Robert Downey Jr. couldn’t have looked any happier as he filmed a new flick in the Hamptons on Monday

Robert smiled from ear-to-ear as he strolled about the set wearing a blue top, joggers, and white sneakers.

He shielded his eyes behind a pair of black sunnies and accessorized his look with a smart watch.

The actor made a costume change as he was spotted in a sharper look.

Robert was now wearing a black button down, green trousers, and smart sneakers. 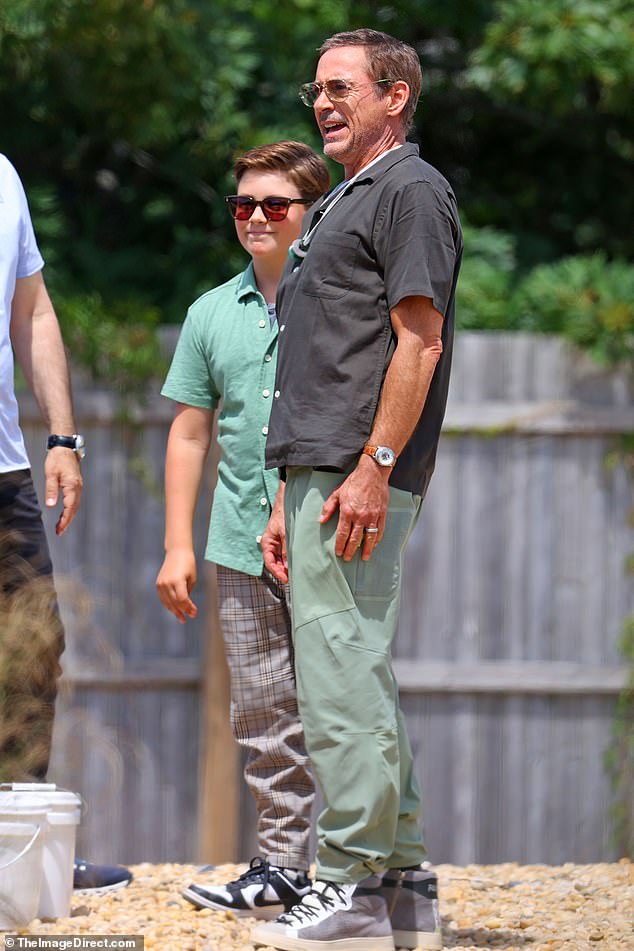 Man of style: The actor made a costume change as he was spotted in a sharper look

The Iron Man commanded attention as he chatted with several other men, including employees of KEM South, a full service diesel shop.

The actor lit up as he clenched his fists, putting his acting abilities on display.

It’s unclear what film Robert was pictured filming, but he does have several projects coming soon.

All-Star Weekend and Oppenheimer are both currently in post-production, while his other projects – Play Dirty, Sherlock Holmes 3, and the mini series The Sympathizer – are all in pre-production, according to IMDb. 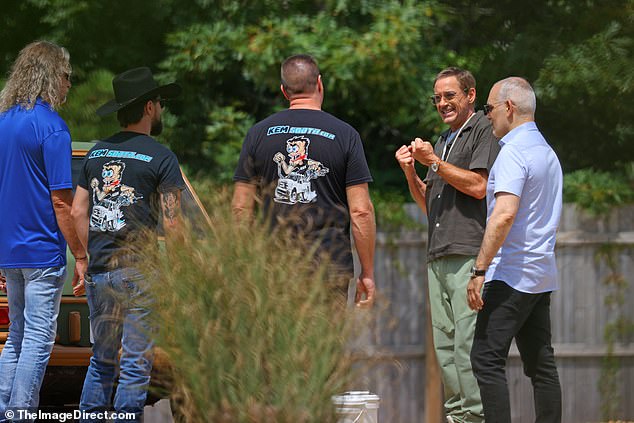 Getting animated: The Iron Man commanded attention as he chatted with several other men, including employees of KEM South, a full service diesel shop

Outside of his film career, Robert has reportedly been helping the disgraced actor Armie Hammer, after his career imploded in January 2021 following sexual assault allegations made against him.

A source previously told Vanity Fair that Hammer, who has reportedly struggled with substance abuse issues, had been staying at a home owned by the Avengers: Endgame actor and ‘attended an A.A. meeting’ in Malibu.

The source added that Downey has been providing Hammer with ‘financial assistance until he gets back on his feet.’

The insider confirmed that Downey paid for Hammer to spend close to six months in the Florida rehabilitation facility the Guest House.

Downey himself has a famed Hollywood redemption story, after he returned to the big screen following multiple arrests on drug related charges, and a stint in prison.

Read More: Robert Downey Jr. beams with happiness as he films new project in the Hamptons

Everything We Know So Far About Robert Zemeckis’ Graphic Novel Adaptation