Billionaire Jeff Bezos and his girlfriend, Lauren Sanchez, are still going strong after over three years of dating. Their romance began while the Amazon founder was still married to his then-wife Mackenzie Scott, and she was married to high-powered Hollywood agent Patrick Whitesell (who might regret introducing them in the first place). 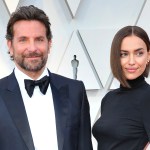 The couple arrived at the London premiere of Amazon Prime’s The Lord of the Rings: The Rings of Power looking happy and in love. Bezos wore a classic black suit while Sanchez amped up the glam in a sparkling red gown with an asymmetrical neckline. The 52-year-old former TV journalist accessorized her look with silver heels, a diamond bracelet, and diamond-drop earrings. She also looked on lovingly at her boyfriend as the paparazzi snapped their photos.

The dynamic duo doesn’t often make red carpet appearances, but they’ve been heavily supporting the streaming network’s highly anticipated series and even showed up to the Los Angeles premiere in mid-August. On the personal side, Bezos and Sanchez made a splash during their New Year’s vacation, showing off quite a bit of PDA. Their St. Barth’s holiday was filled with disco parties, hikes, and dips in the ocean — plus, lots of cuddling together.

Neither of them has mentioned if they are interested in walking down the aisle again, but they are proving to be a power couple in tech and the entertainment industry as their travels take them all over the globe. Bezos and Sanchez don’t mind showing off their united front, even after an awkward beginning.

Before you go, click here to see celebrity couples who were married to other people when they met.

Nicolas Cage To Star In A24 Comedy ‘Dream Scenario’ – Deadline

Simon, Terry, and Howie Sing “Nessun Dorma” on Stage?! Metaphysic Will Stun You

On the Red Carpet at Opening Night of OKLAHOMA! in Los Angeles