Cult expert Paul Morantz has sued Robert Downey Jr. and Team Downey over the company’s just-launched investigative podcast series, “The Sunshine Place,” claiming that it uses his reporting without permission or compensation.

According to the suit, filed last month in the Superior Court of California in Los Angeles, the 77-year-old Morantz accuses Team Downey of copyright infringement, breach of contract as well as “elder abuse” for using his reporting on Synanon, a drug rehab facility that morphed into a cult under its founder, Charles Dederich.

Morantz claims one of Downey’s employees contacted him in 2021 about his book “Synanon: From Miracle to Madness” and “asked for a digital copy so he could use it as an investigative tool” — adding that “he was so provided under the agreement they would not go forward unless a deal was struck.” According to the suit, Downey “was not to use if a deal was not made for the rights to his book and the documents.” 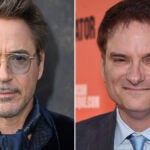 The author also says he provided Team Downey with copies of his second book on Synanon, “Synanon: Escape: My Lifelong War Against Cults,” but that the company ultimately rejected offers to negotiate a deal over rights to the material.

In one of the suit’s more unusual claims, Morantz argues that at 77 he is “very ill” and that Team Downey’s behavior amounts to “financial abuse” that “qualifies as elder abuse which entitles (him) to damages for emotional distress in an amount to be proven court.”

A rep for Downey Jr. did not immediately respond to requests for comment.

While it remains unclear how much of Morantz’s own accounts of Synanon were used in the making of “The Sunshine Place,” Downey said ahead of the podcast’s release: “While we were familiar with Synanon, it wasn’t until we heard the deeply personal stories that we could truly appreciate its epic rise and fall…. We felt this was a strangely relevant and twisted cautionary tale that had to be told about the incredible lengths people will go to seek out answers and the more dangerous ones others will provide.”

Based on its public logline, “The Sunshine Place” promises “the mind-blowing, true-story of Synanon – one of America’s most cutting edge social experiments, turned into one of its most dangerous and violent cults – as it’s never been told before: by the people who lived it.” The series is narrated by Sari Crawford, daughter to former Synanon leader Bill Crawford.

Pamela Chelin contributed to this report. 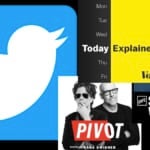 In full: Late Queen Elizabeth’s coffin arrives at Buckingham Palace on her final