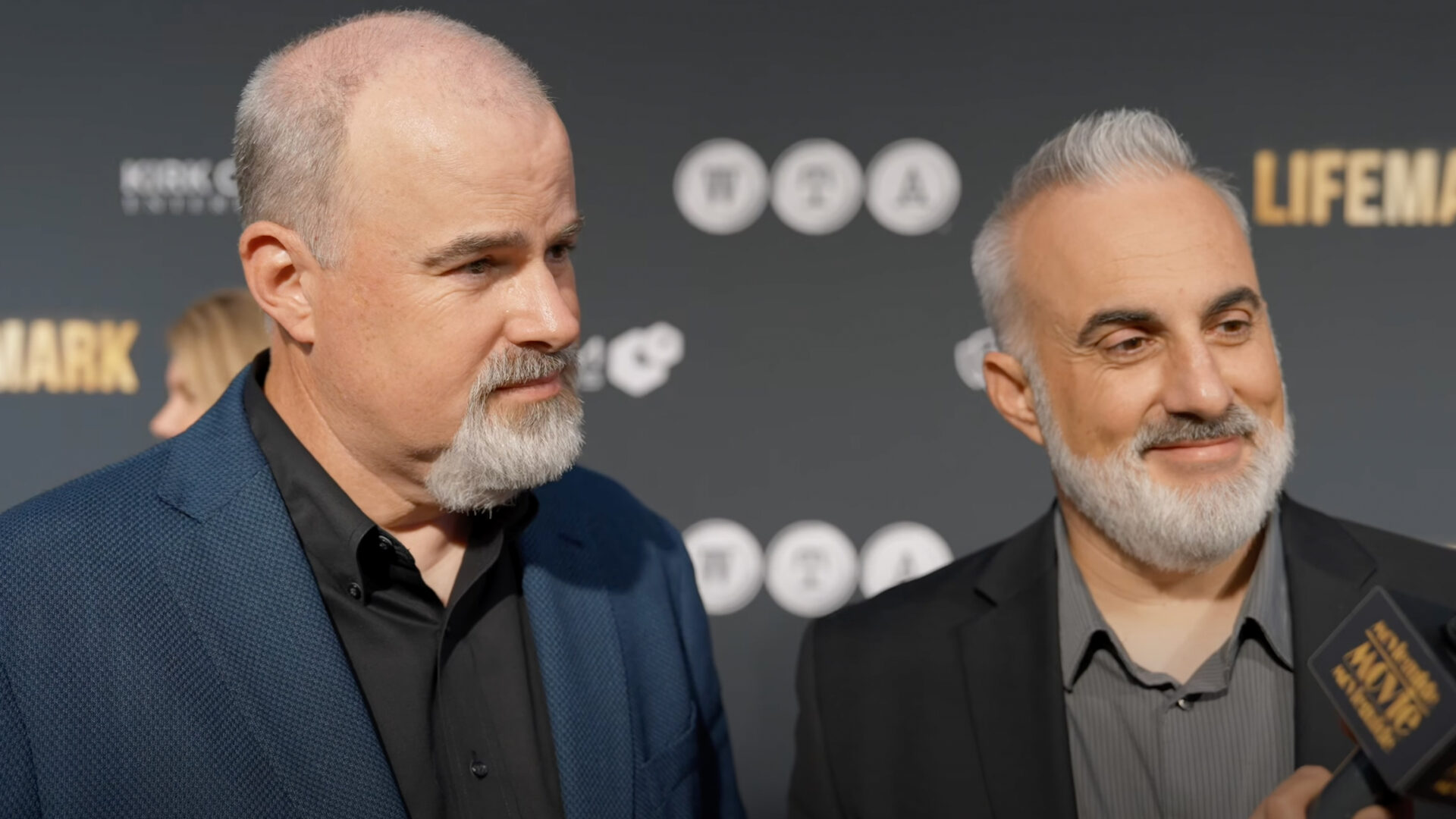 The faith-filled movie about a true story of adoption, love, and family reunited Kirk Cameron with the Kendrick Brothers, who previously worked on FIREPROOF.

While at a red-carpet event in Washington D.C., Movieguide®’s Evy Baehr Carroll spoke with the directors, actors, and David Scotton, the real-life person the story is based upon.

“Every movie that we do, and the movies that the Kendricks do, are always soaked in prayer,” Cameron, standing next to his adopted daughter Isabella, told Movieguide®. “We’d pray every morning before we started work. But this is really an answer to prayer. Because our nation is in a place right now where we need to know: How do we look with love and compassion on a tender topic, like an unplanned pregnancy rather than fighting about it and just turning it into a political feud?”

“Let’s tell a true story about a young girl who was in the situation,” Cameron said. “She chose to place her child for adoption rather than abort him. And what resulted from that is just amazing. I can’t believe this is a true story. We couldn’t have written the script as good as this. It’s going to just grab your heart, it grabbed ours. We know that it’s going to resonate with people all across the country.”

Kirk Cameron said that while LIFEMARK is not a pro-life movie in the political sense, it does show what happens when a mother chooses life despite her circumstances.

“So often, this issue of pro-life, pro-choice is focused on one thing, and that is a woman’s rights. A woman’s rights are important, but that’s not all that’s important,” he explained. “Addressing that whole situation must also include the life of this innocent human baby in her womb. And there’s also a birth father involved. And there’s 1000s and 1000s, of couples who longed to have children and start a family but are unable to. So Lifemark is a story that’s full of heart and humor and action. People are going to watch this, and they’re going to leave with their hearts full. And they’re going to have an increased love for life, and a new perspective on the beauty of adoption.”

The directors of the movie, Alex and Stephen Kendrick, are no strangers to faith-based movies. However, they said that LIFEMARK has the unique quality of being a true story about a topic in the broader cultural conversation.

“We want to let a true story speak for itself,” Alex said. “We want to present it with truth and compassion. So it’s not a political movie, it’s just telling something that really happened. So the fact that this young teenage girl at the time decided I’m not aborting this baby, I’m gonna let this baby be adopted and to see how that baby…