Robert Downey Jr, 57, and his wife Susan, 48, hold hands during a romantic


Robert Downey Jr, 57, and his wife Susan, 48, hold hands during a romantic Italian dinner date in LA… after 17 years of marriage

By Trevin Lund For Dailymail.Com

Robert Downey Jr and his wife Susan Downey were seen leaving Giorgio Baldi restaurant in Santa Monica in California after a romantic dinner date on Sunday.

The pair first got together when Robert was starring in Gothika alongside Halle Berry, which Susan was producing.

They have been married since 2005, share two children, Exton, 10, and Avri, seven, and celebrated their 17th wedding anniversary two weeks ago. 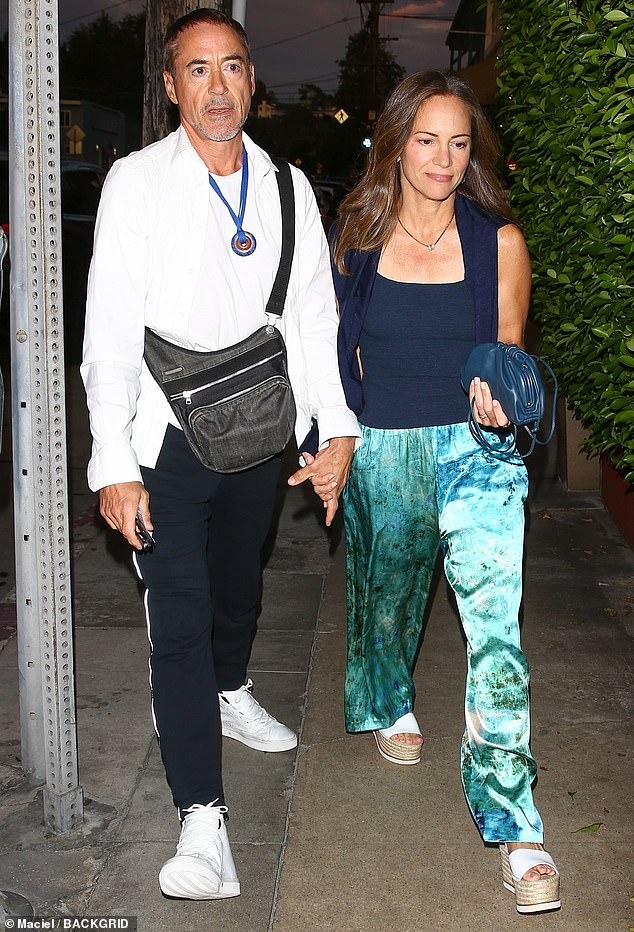 The 57-year-old superstar wore a crossbody bag over an unbuttoned white cuffed shirt, black pants, white sneakers, and a blue necklace with a circular pendant.

She had on a blue shirt with green slacks and white platform heels.

The duo started their own production company, Team Downey, which has produced films with Warner Brothers since its founding in 2010.

Last week, the couple were spotted at the Telluride Film Festival for a showing of Robert’s documentary, Sr., about his film-making father, Robert Downey Sr. 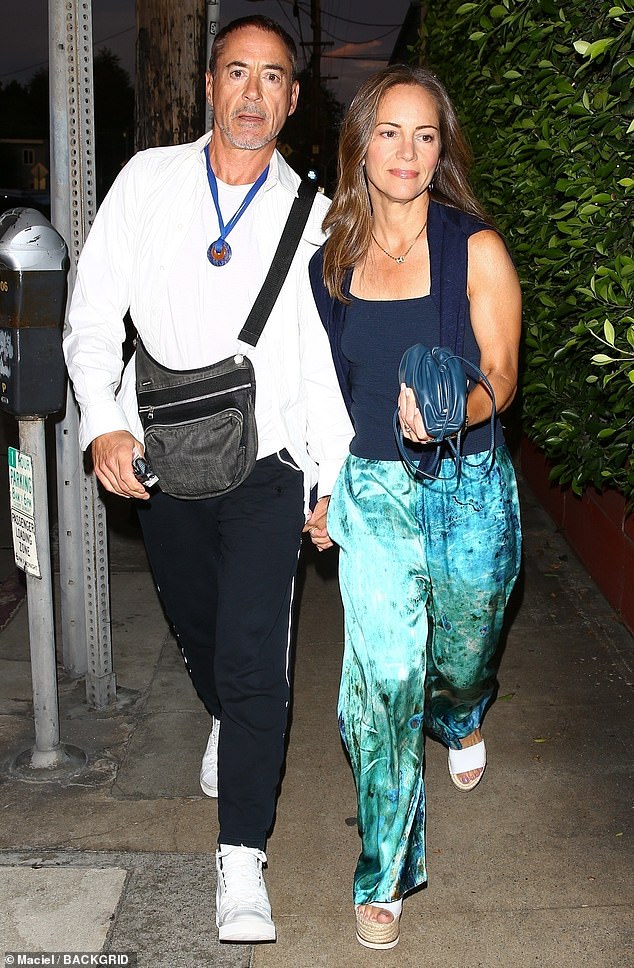 Happy couple: The duo have been married since 2005 and celebrated their 17th wedding anniversary two weeks ago

In July of 2021, Robert announced his father’s death on Instagram and hailed him as a ‘maverick filmmaker.’

Downy Sr. had Parkinson’s for over five years before he died at 85.

Robert Jr. had minor roles in his father’s films, and at age five made his film debut in 1970 in the film Pound, where he played a sick puppy.

In 1992, Downey portrayed the title character in the biopic Chaplin, where he learned how to play the violin and Tennis, left-handed. He was nominated for the Academy Award for Best Actor and won a BAFTA Award. 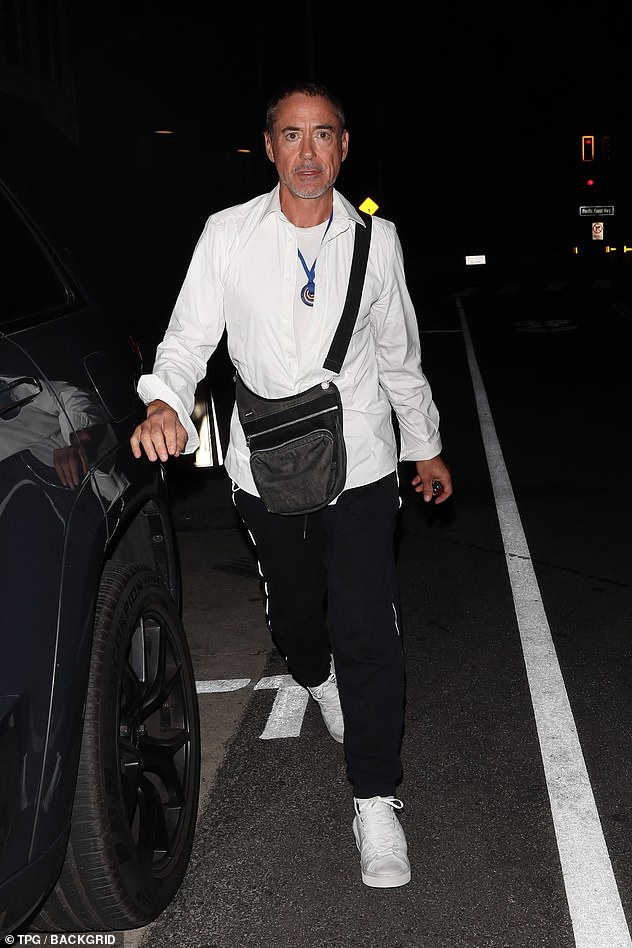 In demand: In 2008 Downey was named by Time magazine among the 100 most influential people in the world and was also listed by Forbes from 2013 to 2015 as Hollywood’s highest-paid actor

The highly sought-after star, recognized globally for starring as Tony Stark in 10 films, was spotted filming an unknown project in the Hamptons last month.

He has several projects coming soon, including All-Star Weekend and Oppenheimer, both currently in post-production, while his many other projects – Play Dirty, Sherlock Holmes 3, and the mini-series The Sympathizer – are all in pre-production, according to IMDb.