LEONARDO DiCaprio’s ex-girlfriend Camila Morrone ended it with him because he wanted to have a family with her but never proposed marriage, an insider close to her family has claimed.

The source exclusively told The U.S. Sun that Camila, 25, is focussed on her budding acting career and was not ready to have kids.

The insider also said that Camila felt that Oscar-winner Leo, 47, did not do enough to help her with his Hollywood connections.

The former couple split after four years of dating and the Titanic actor has since been linked to model Gigi Hadid.

The source said: “It was Camila who broke it off with Leo because he wanted her to be home having babies and she wants to have a career.

“He has got to that point in his life where he wants to have a family.

“But Camila has been working towards her dreams since she was 16, when she was in James Franco’s movie Bukowski.

“Leo didn’t do anything for her career, she’s more upset about that than anything else. 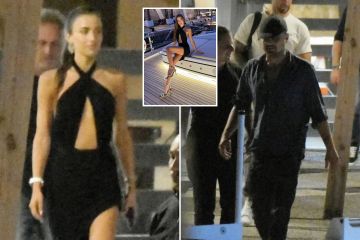 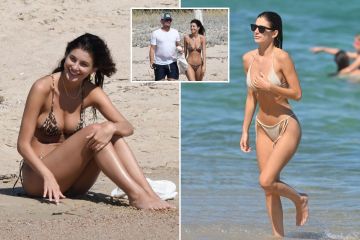 “Everything that she did was on her own, even though she’s been with him for four years.

“He could have introduced her to a bunch of people and put her in his movies.

“Her and her mother want to make it big in Hollywood. That’s always been her mother’s focus.

“Leo wanted her to have babies and stay home but if you want somebody to do that you’ve got to make a commitment. What commitment is he making?

“Leo wants to have a family but still play around.”

“He didn’t introduce her to anyone because he doesn’t want her to be famous and have a career, obviously.

“Leo wants to have a family but still play around. A man who really wants to be committed would put a ring on it.”

Wolf of Wall Street star Leo was spotted in New York City over the weekend amid claims that his relationship with Gigi, 27, has been heating up.

She is believed to be the first woman Leo has dated who is older than 25 and also the first who is a mother.

Meanwhile, Camila was on vacation with her lookalike mom Lucila Solá in St. Tropez in August when rumors began to swirl that her relationship with Leo was on the rocks.

In an interview with Late, Late Show host James Corden in 2018, Camila described how she begged Pacino for advice after landing her first role in Bukowski.

Most read in Entertainment

She revealed that the Oscar-winner told her: “Just be yourself, if you don’t cry that’s fine, just react to the act, and you’ll be fine.”

Dieter’s Diary: Birthdays, cost caps and why diligence on Brad Pitt was lacking