Young Rock, the NBC comedy centered on WWE legend Dwayne “The Rock” Johnson, is adding another GOAT to its cast for Season 3 (currently airing Fridays at 8:30 p.m. ET).

Veteran actress Dawnn Lewis is set to recur as Prime Minister Angela Honig in the 2033 timeline, TVLine has exclusively learned. The network also released the first photos of Lewis in character, which you can check out below.

Honig, the newly elected leader of coffee-rich Gjelghiughm, is described as a “strong leader and tough negotiator, though her longtime love of professional wrestling might be the key to finding common ground in an ongoing diplomatic crisis.”

Lewis will make her debut as Honig in Episode 4, titled “Night of the Chi-Chi’s,” which will air on Friday, Dec. 2. Set in Bethlehem in 1988, teenage Dwayne is “locked in with his father overnight when Rocky agrees to industrial clean a restaurant,” per the official synopsis. Meanwhile, in 2033, Dwayne “feels nostalgia for a vintage arcade game he finds far from home.” 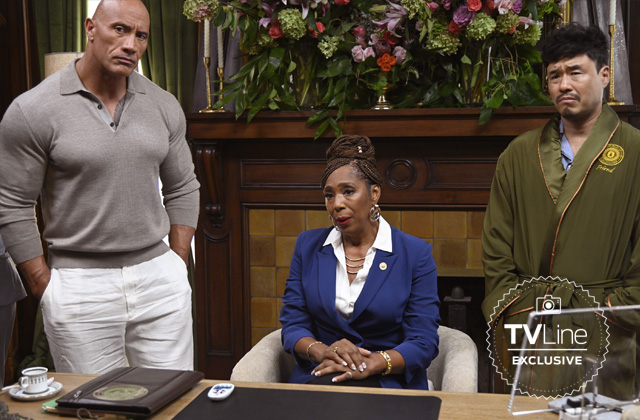 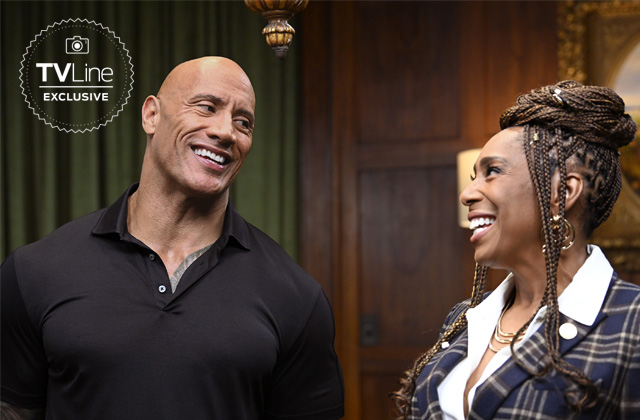 ‘Our system isn’t really fair. We really have to speak up’: Kim Kardashian –

MJF Compares Himself to John Cena and The Rock, Claims He’s the Leadership AEW