Tom Hanks and wife Rita Wilson showed off their chemistry when they hit the red carpet at the 13th annual Governors Awards held at the Fairmont Century Plaza in Los Angeles on Saturday night.

Hanks came into the evening fresh off his performances this year in the acclaimed Baz Luhrmann biopic, Elvis, in which he played Colonel Tom Parker, the rock and roll icon’s longtime manager, and Geppetto in Robert Zemeckis’ musical fantasy film Pinocchio.

Since its inception in 2009, the Governors Awards has become a major red-carpet stop for many Oscar hopefuls, and is widely regarded as the first major stop of the seasonal Awards Circuit. 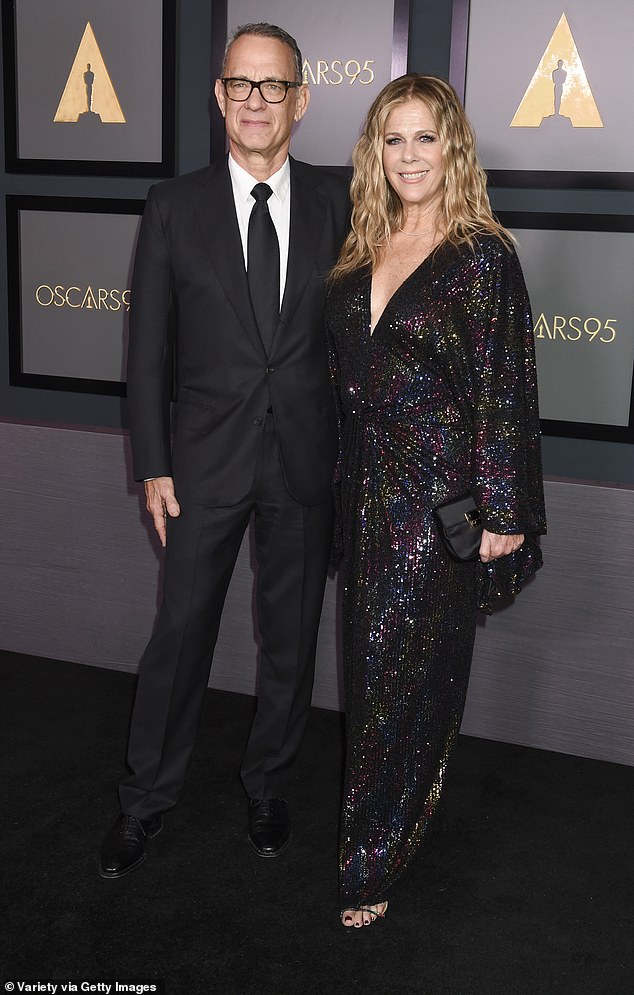 Hanks, 66, looked handsome as he made his way in front of photographers in a classic black suit that he wore with a white dress shirt and black tie.

For the most part, Hanks wrapped his left arm around his wife of 34 years, who was decked out in a black and purple sequin dress.

She also donned a pair of matching open-toe heels, carried a black clutch purse, and had her blonde locks styled long and flowing over her shoulders with plenty of natural waves and a center part. 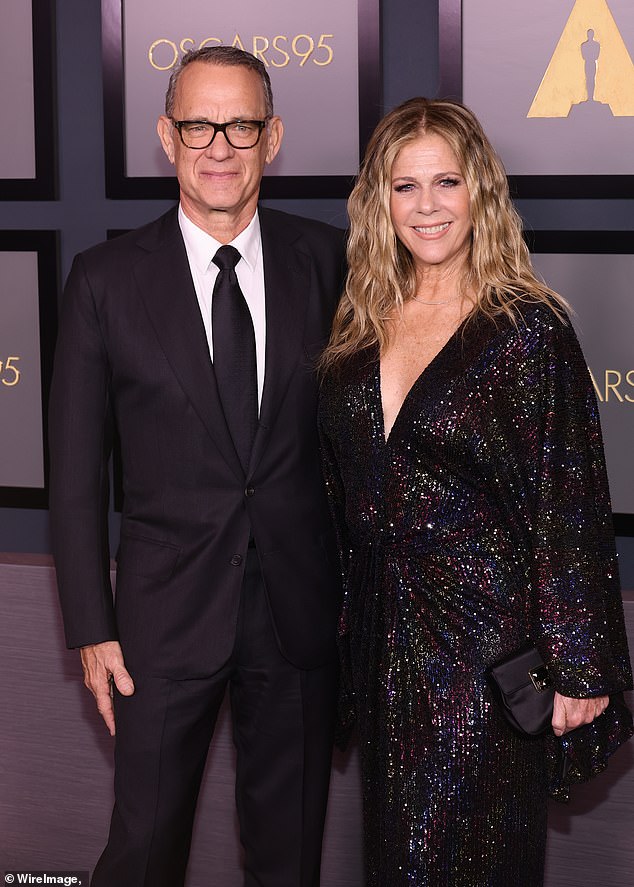 Longtime loves: The couple have ben married for more than 34 years and counting

The film dropped on HBO Max and proceeded to receive generally positive reviews from critics.

Luhrmann’s take on Col. Parker’s handling of Elvis Presley’s career has sparked Oscar buzz since even before it was released in the U.S. on June 24.

Austin Butler’s performance as the Jailhouse Rock star is nothing short of mesmerizing, as was Luhrmann’s directing. The costume design, production design, and musical sequences were also praised.

Elvis was a critical and commercial success, grossing $286 million worldwide against its $85 million budget as well as becoming the second-highest-grossing music biopic of all-time behind Bohemian Rhapsody (2018). 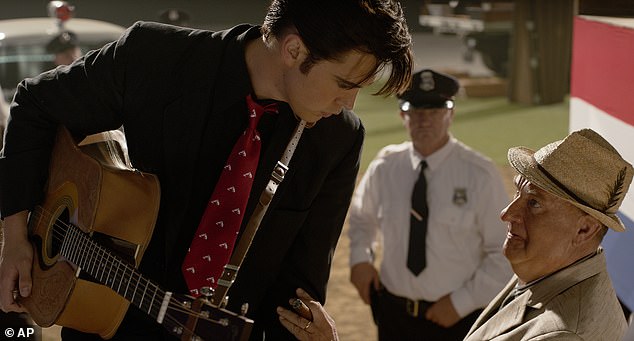 Oscar buzz: Baz Luhrmann’s biopic, Elvis, has garnered Oscar buzz even before it dropped in the U.S. in late June; Hanks played Elvis Presley’s longtime manager Colonel Tom Parker along Austin Butler who slipped into the shoes of the King of Rock and Roll 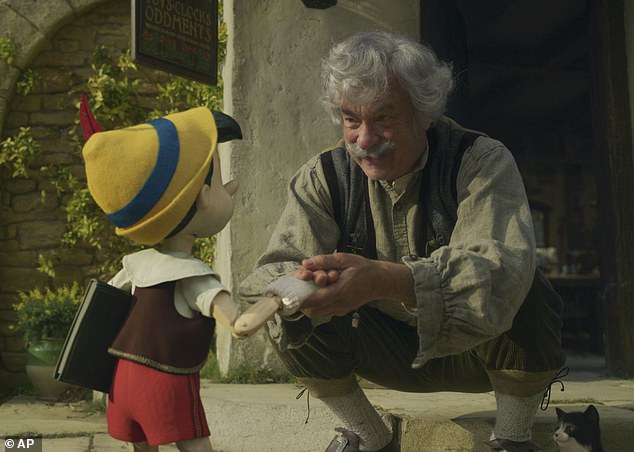 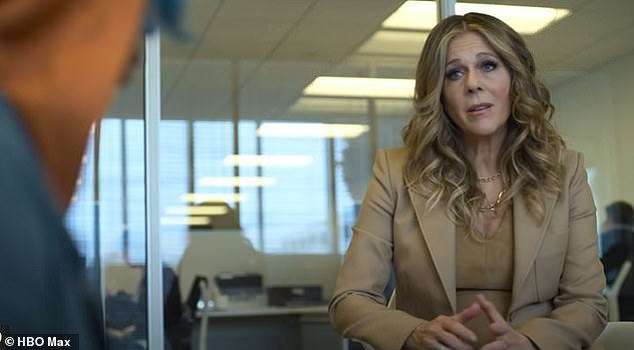 Hanks has been nominated for an Academy Award six times during his illustrious career, winning two Best Actor trophies for Philadelphia (1994) and Forrest Gump (1995)

Why Jenna Bush Hager Is “Emotional” Over Malia, Sasha Obama Growing Up