The overlap is considerable, the appeal similar. But Timothée Chalamet doesn’t have the same opportunity for box-office dominance.

Timothée Chalamet, the 26-year-old costar of Luca Guadagnino’s “Bones and All” (United Artists), inspires slavish fans and critical praise — not unlike Leonardo DiCaprio 25 years ago when he made “Titanic.” The similarities in their trajectories are remarkable. Precociously talented; acclaimed portrayals of sensitive adolescents; risky roles; early, passionate followings by teenage girls; and acting Oscar nomination before the age of 27 (in Chalamet’s case lead).

Their significant difference is Chalamet stands at the threshold of a major career. By the same point in his own work, DiCaprio could have retired and be considered an iconic star. None of this diminishes Chalamet’s significant achievements, but it highlights differences in their eras.

“Bones and All” is no “Titanic” (not that anything is). The best-case scenario for this $16 million-budgeted drama is a breakout, not a blockbuster. Guadagnino (“Call Me by Your Name,” “Suspiria”) has established a reputation for edgy, R-rated films with significant (and stylish) sex and violence. If the ’80s-set road-trip cannibal romance finds a wider audience, much credit will go to Chalamet.

“Bones and All” premiered at the Venice and Toronto Film Festivals to positive response. It opens in five New York/Los Angeles theaters this Friday ahead of a 2,500+ run the following Wednesday, with Warner Bros. Discovery handling most overseas territories.

Chalamet makes his debut as a producer here, his second film with Guadagnino after their breakout “Call Me By Your Name.” What is curious is here, as with most of his films, he’s not the clear lead — a rare instance of leading-man self-effacement. The storyline belongs to Taylor Russell’s Maren, a cannibal who embarks on a cross-country trip and finds other flesh-eaters, including Chalamet’s drifter Lee. 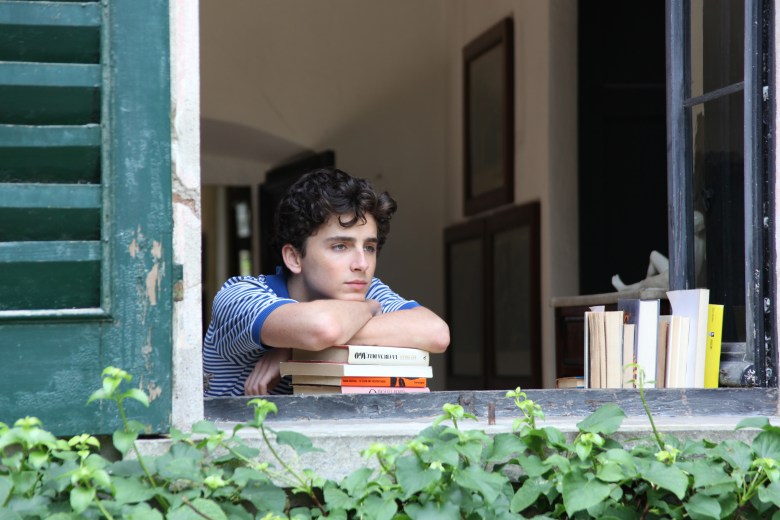 “Call Me by Your Name”

In addition to being the co-lead with Armie Hammer in “Call Me by Your Name,” Chalamet also thrived in “Beautiful Boy” (second to Steve Carell). In “Lady Bird,” and “Little Women” (both for Greta Gerwig), his impact exceeded his screen time. “The French Dispatch” was an ensemble and Woody Allen’s “A Rainy Day in New York” was barely released in the U.S.

As “Dune” protagonist Paul Atreides, Chalamet was the unabashed lead of a film that grossed $400 million worldwide. However, his significant contributions to the film’s success were matched by the massive interest in Denis Villeneuve’s adaptation of a beloved sci-fi novel. (The sequel is now in production.)

All told, that’s four $100-million Chalamet films, three of which are led by other actors. At this stage in his career, DiCaprio had three $100 million films as a lead (two by…

Did you recognise Robert Downey Jr with his new look?