Screen idol Tom Cruise proved himself a top gun – by helping a stunning co-star from his helicopter.

The 60-year-old held out an arm for French actress and model Pom Klementieff as she gingerly exited from the passenger seat.

Pom, 36, is starring in Mission Impossible 8, one of two sequels being filmed back to back by Cruise.

He looked as youthful as ever wearing his trademark jeans and black boots as he whizzed round to the passenger door for Pom.

Pom, best known as Mantis in the Guardians of the Galaxy franchise, was just as cool in leggings and flyer’s jacket carrying a holdall. 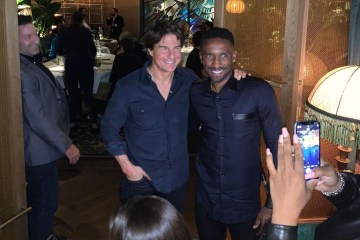 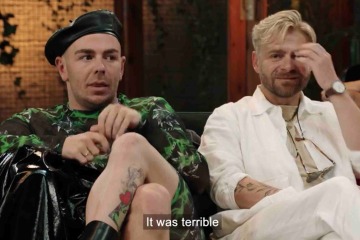 Cruise has been in the UK filming for the past several months.

A witness said:” Tom is always a real gent around crew and staff.”

Margot Robbie Says She Improvised Her Babylon Kiss Scene with Brad Pitt: ‘So…